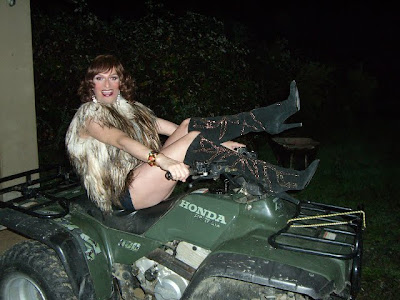 When last we left Chloe with Fireman Frank, Frank was just about to open his metal box...

But back to Frank and his metal case... Once we began to talk and I put him at ease with arm-stroking and complete eye contact, it became clear to me why he was with me. He sheepishly began his tale of always having a secret that he carried with him since he was a young man, as young as 10, he said.

It was obviously very difficult for him to talk about and he began to cry while explaining that his beloved wife had died of breast cancer recently. As he unlocked the impermeable chrome box, he explained that it was a secret that he had never been able to share with her, and he began to sob and gasp for breath the way one does when one really lets go. It was a weeping of great regret.

The case was unlocked and yet he still wouldn't open. He had to put in a certain three digit code to unlock the inner lock, which he did while taking deep breaths, and I cradled him with one arm while stroking his hair and wiping his forehead. He paused before making the final unveiling of what lay inside, looked at me, and said that he had never, ever shown the contents of this to anyone. I said that I was so pleased that he'd chosen me and I was very excited to share this moment with him.